Contraceptives Justice: Side Effects and Why We Need a Male Pill 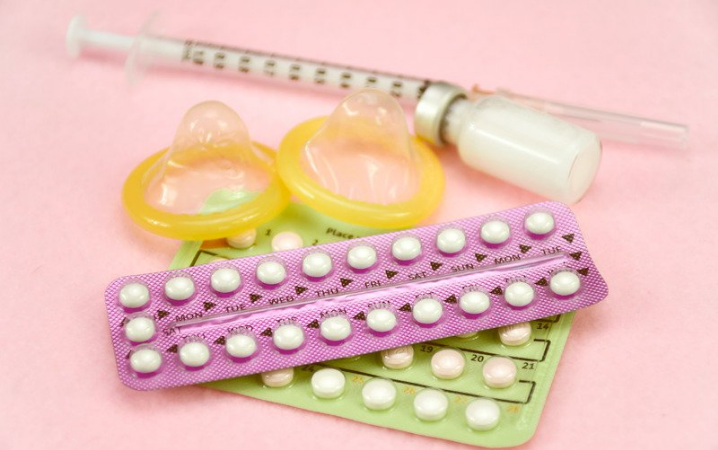 Contraceptives Justice: Side Effects and why We need a Male Pill

For decades, contraceptives have liberated many women, availing them the option to postpone or prevent motherhood for other opportunities, like higher education, proper children spacing, and employment.

This great invention of the 20th Century further strengthened women’s rights and empowered them to take charge of their lives.

However, even as society continues to fight for more gender equality, women are still the ones who have to deal with the burdens (and the side effects) of contraceptives emotionally, socially, and financially.

While it took just about a decade for the female pill to be made widely available after it was invented, it has taken quite some time for the same results to be achieved for the male pill even though it was first attempted in the 1970s.

Combined oral contraceptives prevent pregnancy by obstructing the normal process of ovulation. It alters the lining of the uterus such that it is unable to support a fertilized egg. They also alter the viscosity of mucus in the cervix to make it difficult for sperm to get to the uterus.

Progestin-only contraceptives on the other hand mostly change the stickiness of mucus and thin out the endometrium. But they may also prevent ovulation in some women, though this isn’t always the case.

What are the Possible Side Effects of Contraceptives?

Contraceptives have been used safely for decades by millions of people all over the world. But it is worth noting that there are a few possible risks with taking the pill (though this is not always the case.) For the most part, the side effects aren’t dangerous.

After the first three months of taking the pill, some people may begin to observe:

Usually, these side effects stop after 2 to 3 months. So, if the symptoms fall within that time range, do give your body some time to adjust to the hormones.

Note that immediately you stop taking the pill, or any other method of birth control, you can then get pregnant.

Are There Any Positive Side Effects of Contraceptives?

Most people hear “side effects” and think of the negative effects. A lot of women use the pill because some of the side effects are good. For instance, in some women, the pill aids in the regularization of periods, as well as reduces the pains and flow of heavy periods.

Some other types of contraceptives aid in the prevention of acne, certain cancers, cysts in breasts and ovaries, iron deficiency, and bone thinning.

Are There Contraceptives For Men?

There are no approved contraceptives for men at the moment. But after clinical testing just conducted in that regard, it has been reported that a male birth control pill has passed the first phase. That is to say that soon, there will be less permanent options of contraception for men. This way, pregnancy prevention becomes the responsibility of both genders, equally.

And, society is rid of the misconception that pregnancy prevention and family planning is the sole responsibility of women. Factually, contraception options for men have been limited to:

The male birth control pill would present a more flexible option for men and as well strengthen the notion that men can be just as responsible as women with regards to their reproductive health.

There have been birth control pills in the markets for women for about 60 years, yet there remains nothing of that sort for men. Hopefully, since this male birth control pill, after the clinical test, passed the tests for human safety in a 28-day trial with no participants leaving as a result of side effects, a solution is underway.

How Does the Male Birth Control Pill Work?

The researchers reported that their success in the trial was because of an active agent in the pill, which consisted of two hormones in one – progestin and modified testosterone. That is to say that the consumer would always have an equal level of both hormones in the body.

It is speculated when these two hormones work together, they can help prevent most side effects, including low sex drive, which the modified hormone levels can cause.

While Progestin stops sperm production, it reduces natural testosterone levels. And, if the level of testosterone drops significantly, it may cause blood clotting or depression.

However, because this pill couples progestin with a hormone akin to testosterone, the molecule will perfectly maintain the low sperm count while ensuring the modified sex hormone is enough to keep the body healthy.

The clinical test to test the safety of the drug took 28 days and, in that time, participants took a pill containing 200 or 400 milligrams of the active ingredient, or a placebo.

Not one of these participants had higher blood pressure or depression which are the adverse side effects of too-low testosterone levels. However, some other side effects were noticed.

Among the 30 study participants that were involved in the test, 22 reported acne, headaches, reduced sex drive, minor erectile dysfunction, or fatigue. An average weight gain of about 5lbs corresponding with the dose was also noticed. Three of the participants who took the placebo pill also reported some side effects.

Additionally, the health effects after using this pill for a long time have still not been discovered. So, it remains unclear if the contraceptive for men, just like that for women, can cause depression or increase the risk of blood clots. The effects on the liver, kidneys, or other organs are also unknown.

So, until the drugs are approved, women remain the sole users of contraceptives.

Contraceptives are an effective and largely accepted method of birth control. However, there’s no denying the possibilities of severe side effects of these contraceptives.

Talk to your doctor if the side effects persist to discuss solutions or alternatives.