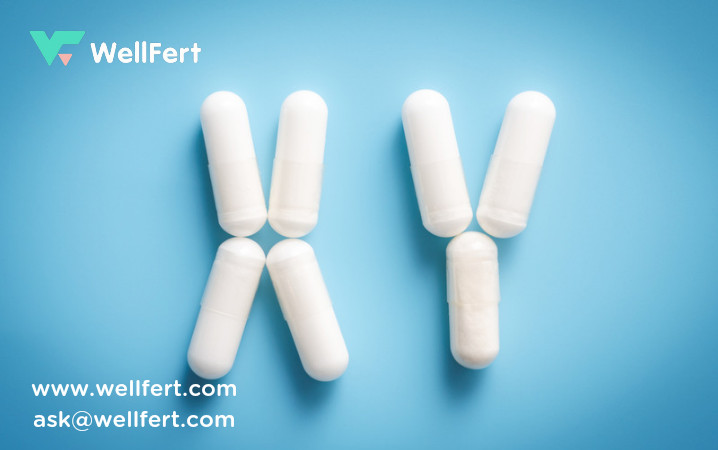 Infections are a very common part of human existence. It occurs in men and women of all ages and is caused by pathogens.

These pathogens enter the body through various means, causing harm to various parts of the body.
In return, the human body responds by fighting back. The immune system serves as a barrier that fights off these infections when they enter the body.

In some cases, the pathogens may sometimes overwhelm the immune system, allowing the infection to spread through the body and cause harm to it.

All pathogens have different effects on the body. While some produce toxins or inflammatory substance that triggers negative responses from the body, others have little or no effect at all.

This difference means that some infections are mild and barely noticeable, while some can be severe and life-threatening.

In this article, we’d discuss how infections affect fertility in men and women, their causes, and possible treatment options.

But first, let’s define an Infection.

What is an Infection?

An infection is said to occur when microorganisms enter the body and cause harm to it. The body serves as a host to the microorganisms, which sustains it and helps it reproduce and colonize.

These microorganisms are known as pathogens, and they can multiply quickly.

Examples of these pathogens include:

These pathogens spread in different ways which include:

● Direct contact with a person with an infection
● the transfer of bodily fluids
● consuming contaminated food or water
● contact with feces
● inhaling airborne particles or droplets
● touching an object that a person carrying the pathogen has also touched
● Being bitten by an insect.

How an infection spreads through the human body and the symptoms it gives off depends on the type of pathogen.

And as we have explained earlier, there are several types of pathogens. We’d describe each of them shortly as well as possible treatments. Some pathogens are resistant to treatment. Hence, treatment will largely depend on the cause of infection.

Viral infections are caused by viruses. According to researches, millions of viruses exist, but only about 5000 types have been identified.

Viruses invade a host and couple to a cell. As they enter the cell, their genetic components is released. These components force the cell to replicate the virus. And when the cell dies, new viruses break out, and infect new cells.

According to research, it has been shown that not all viruses can destroy their host cell, however.

Some of them change the primary cell functions. Some viruses, such as Epstein-Barr virus (EBV) and human papillomavirus (HPV), can lead to cancer by forcing body cells to replicate in an uncontrolled way.

Antivirus medications help to relieve the symptoms of some viruses. They can either prevent the virus from spreading or boost the immune system of the host to counter the effects of the virus.

More so, Antibiotics are not effective in the treatment of viral infections. Instead of countering its effect, it increases the risk of antibiotic resistance.

Bacteria are single-celled microorganisms. They exist in all types of environments and comprises much of the earth’s biomass.

More so, they take different shapes and sizes. Some can survive extreme temperatures or even radioactive waste.

There are trillions of bacteria, and few cause infection in humans. Some “good” bacteria live inside the human body such as the gut without causing harm and prevent the “bad” bacteria from disturbing the body.

The major treatment for bacterial infections is the use of antibiotics. They can either prevent the bacteria from multiplying or out rightly kill them.

Fungi are another group of organisms that cause infection in man. They can decompose and absorb organic matter using an enzyme and are mostly single-celled.

According to research, there are approximately 5.1 million species of fungus. These micro-organisms can be found throughout the environment, including the soil, and moist areas like the bathroom.

Fungi infections are treated with antifungal medications. The type of fungal infection you have determines the type of medication you receive.

Having described common infections, their causes, and possible treatments, we can now explain how it affects fertility.

What infections can cause infertility in men and women?

Infections left untreated for a long time can cause infertility in both men and women by damaging the reproductive organs.

Hence, it is advised to treat infections as soon as you notice the symptoms.

Below are some infections that cause infertility in both men and women.

What Infections cause infertility in men?

Chlamydia is a sexually transmitted infection or disease (STI) caused by bacteria. It causes infertility in men by blocking the reproductive parts and impeding sperm production.

Symptoms of this infection include; swollen testicles, unusual discharges from the penis, and burning sensation during urination.

Urinary Tract Infection (UTI) is caused by the unwanted growth of bacteria in the urine. If left untreated in the body for a long time, can spread to the testicles, and other sex glands causing low sperm count and motility.

Gonorrhea is a sexually transmitted infection that also reduces fertility in men. Common symptoms of this infection include; green, yellow, or white discharge from the penis. If left untreated can lead to prostate gland infection that lowers sperm production and quality

Mycoplasma causes low motility of sperm cells by latching onto the cells. It is a sexually transmitted infection that has no noticeable symptoms until it is diagnosed as the cause of infertility.

What Infections cause infertility in women?

This infection commonly occurs is in women. It causes the vaginal flora to become unbalanced which makes it difficult for the sperm to reach the uterus.

This disease (i is caused by Chlamydia, Gonorrhea, and other STDs. An untreated PID can result in scars in the reproductive organs which can lead to tubal factor infertility.

UTI is most common in women due to their short urinary tract. UTI can affect organs such as the uterus, bladder, and kidney.

If it reoccurs, then it may lead to difficulties in conception due to associated pelvic inflammation that can cause scarring in the fallopian tubes or affect the ovulation process.

Bacterial infections are without doubt one of the most common causes of infertility in both men and women.

Sexually transmitted infections (STIs) such as gonorrhea and Chlamydia can damage the ovaries, uterus, and fallopian tubes in women, and the epididymis in men.

Sometimes these infections don’t have symptoms. Without treatment, bacteria can spread to your reproductive organs and cause pelvic inflammatory disease (PID).

Doctors prescribe antibiotics in the treatment of bacterial infections. Undergoing treatment can prevent damage to the reproductive system and improve the chances of a pregnancy.

How Antibiotics Make It Difficult to Get Pregnant

Antibiotics are used in the treatment of bacterial infections. They can either help or damage your fertility depending on your condition.

In as much as, they are known to be effective in the treatment of bacteria, they can cause fertility problems in men who take them for a long time.

Antibiotics affect the quality and quantity of sperm. They may decrease the number of sperm a man produces, and make them move a lot more slowly.

The effects of these antibiotics on your fertility should stop within 3 months after you stop taking them.

More so, if you are trying to get pregnant, or you’re already pregnant, check with your doctor before you take any antibiotics.

This is because, if a medicine you need can affect your fertility, then your doctor will have to prescribe another one for you.

Antibiotics and the Risk of Miscarriage

Issues have been raised about the use of antibiotics leading to an increased risk of miscarriage.

Although this hasn’t been confirmed yet, there are still some antibiotics that have seemed to increase this risk.

Researches are still ongoing to determine if these drugs were the major cause of miscarriages, or the infections these antibiotics treated led to the miscarriages.

Either way, consult with your doctor before taking any antibiotics especially when you want to get pregnant.

Living a healthy and nutritious life can help boost your immune system to wade off these infections.

But, if you notice you have an infection, it’s best to treat it as soon as possible to avoid damaging your fertility organs.

Disclaimer: Our blog articles are to enlighten you on general healthcare or fertility-related issues. This isn’t a diagnosis. Please feel free to reach out to us for a consultation with a specialist to examine your case.

For more enquiries, follow our social media pages @wellfert on: