Do Men Have a Biological Clock? 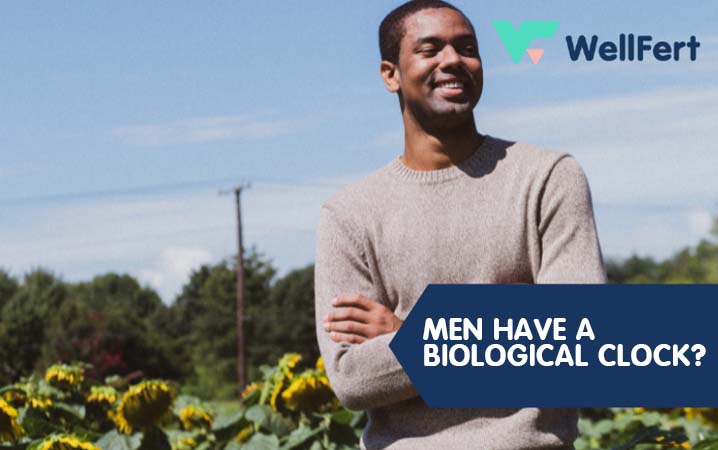 Do Men Have a Biological Clock?

Do you know that just the same way women have a harder time getting pregnant as they age, men also face higher rates of infertility after the age of 40? As a man or woman in today’s society, having a great understanding of your biological clock can help you plan better for your fertility journey and possibly, plan for the future family you desire to have. Most times, when people talk about the ticking biological clock, they are typically pointing to women. Biological clock is the term often used by people to refer to declining fertility associated with altered hormone levels and increased risk of birth defect. Women have always bore the burden of an ageing fertility system.

Furthermore, modern societal pressures over the past decade have also resulted in the tendency for couples to delay conception. While there are no limits to the age at which people can have children, the effects of advanced age on parenthood are continually being revealed by recent studies. Because of these societal expectations, the number of people desiring to conceive at an older age has increased. Later parenting is considered by many, to have many advantages such as parents-to-be feeling they have more stability to raise their children. Many men also tend to start a second family later in life. Thus, increasing paternal age has become an emerging issue.

Previously, it was widely accepted that only a woman’s age can affect the possibility of conception and the health outcomes of pregnancy. However, it now seems that the same is true for a man’s age. Current research has shown that women are not the only bearers of the subtly famous fertility pocket watch. These studies revealed that male fertility start to decline within the same age range as female fertility, which is from ages 35 to 45 (MFS). Could it be that the biological clock also affects a man’s hormone levels, fertility and his genetic qualities?

As you may already know, females are born with their supply of eggs (ova) for a lifetime. So, we find that men are excluded from the “ticking biological clock” conversation because of their ability to produce new sperm daily throughout their lifetime. One thing we must now understand is that while men continue to make sperm as they age, the male reproductive organs involved in the creation of sperm become slower and less efficient with age. For example, just as men lose muscle strength, flexibility and endurance with age, the sperm tends to also lose its fitness within the male’s reproductive cycle.

This reduced efficiency in the male reproductive system results in lower sperm count, reduced sperm quality as well as genetic abnormalities which make it more difficult for the sperm to fertilize a woman’s egg. From the age of 40, the male testosterone hormone levels are also likely to decrease, reducing libido and making it more difficult for men to have regular sex. Ill health conditions that decrease fertility may also begin to occur at about this age range and some of the medications used for medical treatment can also interfere with fertility. These changes not only make a man’s fertility chances to reduce but it also affects the success rates of pregnancy and the health of his baby.

Research exposed some evidence of weakness in the DNA of the sperm as a man ages. This weakness extends to the sperm production system from the copying mechanism to turn out new sperm every day, to the natural ability of the body to correct mistakes in that copying process. Any of the steps along the way can become defective as a man ages and result in fertility complications. Albeit Female fertility may be limited by the fact that all the quantity of eggs required for reproduction are complete at birth, but this process also boosts female fertility in the sense that all the DNA copying process is also complete at birth. So, women are not subject to these copying mistakes that occur along the way as they age. While men may still be able to generate the daily supply of sperm regardless of age, they remain vulnerable to possible errors with each and every copy of DNA that is made (WebMD).

With certain couples, even if the female partner is younger, healthy, and able to conceive, it was also revealed by recent research that an older paternal age results in a higher likelihood of pregnancy complications such as miscarriage, preeclampsia, gestational diabetes, and preterm birth. When the child is born, there is also an increased chance of low birth weight, newborn seizures and birth defects like cleft palate and congenital heart diseases. Additionally, Children of men over 40 years are at a heightened risk for autism, downs syndrome, schizophrenia, and certain childhood cancers like leukemia (MFS).

These factors do not necessarily mean that you will not be able to father a child later in life. It is only saying that it is likely to become more difficult at that time. In as much as most women tend to be more aware and educated about their reproductive health, and the effects of age on pregnancy and conception, most men are not. Men only tend to consult with physicians when they have a medical issue. Hence, if you desire to have a child now or delay paternity to have a child sometime in future, it is critical to consider the state of your fertility health. For couples who may undergo invitro fertilization (IVF), an ageing father may be a risk for pregnancy failure.

Male fertility specialist counsel men to protect their health and the potency of their sperm by avoiding steroid use which is one of the most prominent causes of male infertility. Control your blood pressure by sticking with prescribed medications and engaging in cardiovascular exercises. Avoid exposure to radiation, heavy metals like lead, cadmium and toxic chemicals including pesticides. For young males, this means mainly focusing on your overall health by maintaining a healthy diet with your daily nutritional consumption, regular moderate exercise, and limiting the consumption of alcohol, tobacco, and drugs. If you are overweight, lifestyle modifications to help you lose weight also makes it easier to conceive.

The best sperm is produced when your testicles and groin area is a bit cooler than the rest of your body. Consequently, it is advisable to avoid having a laptop rest on your lap for a long time, avoid spending long periods in a hot environment, hot tubs/jacuzzis and avoid wearing tight dark underwear. Stress should also be minimized so that you can feel calm and relaxed to get in the mood for sex when you are trying to conceive. These activities may not eliminate the male biological clock, but it can improve your sperm health alongside keeping your overall fertility health in the best condition.

Generally, men are less likely to have frequent health checks. Going forward, men are encouraged to consider having a semen analysis done to evaluate the number, movement, and structure of their sperm. If a man in his 30s wants to preserve his fertility potential for future use, he can also consider freezing and storing his sperm. This is also a great option for men who are thinking about getting a vasectomy. Sperm donors should ideally be men less than 40 years so that the potential effects of ageing can be minimized. If you wish to have a child past age 40, please endeavor to consult with your physician to see how to mitigate any of the above-mentioned risks or explore what other options you may have.

If you are reading this, please do not get scared or worried with this new information. We should not allow the revelation of these studies on the male biological clock get in the way of a couple’s fertility journey. It just recommends that couples should start taking into consideration, the man’s age, when planning for a family. It could mean reevaluating the plan for your fertility timeline or banking your sperm if you hope to have a family later. If as a couple or a man, you are interested in what the male biological clock could specifically mean for your fertility journey, it is best to consult a fertility expert. Also, bear in mind that irrespective of the fertility decline that occurs with age, some men are still able to father a healthy child into their 40s and beyond.

For a man who is planning on waiting to have a child or he just really is not sure if he is ready for fatherhood, it may be a good idea to make a sperm deposit at the sperm bank while you are young or at the very least, before the age of 40. Sperm banking for men who delay childbearing may need to become part of our societal responsibility in the nearest future.

We look forward to reading from you. What do you think about today’s topic?

If you have any questions or concerns, please use the comment section below.

Got more private issues and would love to talk to a male fertility specialist, please do not hesitate to contact us on www.wellfert.com