Fibroid and Fertility: How Can You Get Pregnant 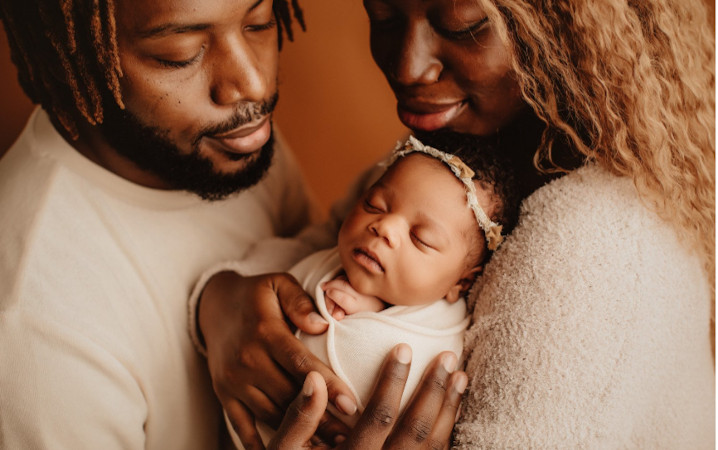 Fibroid and Fertility: How can you get pregnant

Can a woman who has fibroids get pregnant? This is a question that burdens the heart of many women who have been diagnosed with fibroid. This question arises often due to the social stigma faced by women who have a clinical diagnosis of fibroid and as well desire to get married and have children. The answer is Yes! You can still get pregnant if you have a fibroid. Will it be challenging to achieve conception with a fibroid? Possibly, it can affect your fertility chances, but it does not mean that you won’t get pregnant. You may constantly worry about this, but, you will find that it is not impossible if you read along with me.

Fibroids are very common, especially among Africans and African-Americans. It is highly found in women of the reproductive age group, but statistics have shown that it is more common in black women (NCBI). Fibroid is a health condition found within a part of the female reproductive organ called the uterus (womb). It occurs when the muscle tissues in the womb begin to grow and multiply into a single huge tumour or plenty of small to medium-sized tumours. Fibroids are not cancerous growths. Only 5-10% of women who have fibroids are infertile (NCBI). A more significant amount of women with fibroid are not sterile. Most women who have fibroids have gotten pregnant naturally. Treatment of the fibroid may not be necessary for conception to occur (mayoclinic). However, fibroids can be a significant cause of infertility.

Most uterine fibroids can be asymptomatic so that the actual prevalence could be higher than the values studies have shown. When symptoms such as severe abdominal pain, abdominal enlargement, heavy bleeding, menstrual irregularities and infertility occur, it affects a woman’s physical and mental health, emotional and social wellbeing, her quality of life, and the outcome of her pregnancies. A decision on if your fibroid will require treatment or not, depends on the size of the fibroid, its location in your womb and if it’s a single or multiple fibroids.

The exact cause of a fibroid is unknown. Still, several factors are attributed to predispose a woman to developing fibroids. It may be due to a combination of environmental, genetic or hormonal factors such as:

Some factors that reduce the risk of fibroids are increased parity and cigarette smoking which lowers oestrogen hormone levels in the body because fibroid tumors thrive in an oestrogen hormone-rich environment. However,  fibroids grow very slowly. They grow according to oestrogen hormone stimulation and regress afterwards. On average, it takes about three years to reach the size of an orange. However, the rate of growth varies between individuals. Fibroids can also undergo degenerative changes because they have little to no blood supply. Shrinkage of a fibroid tumour can also occur after menopause when the oestrogen hormone level decreases significantly. As a result, some of these fibroid symptoms resolve spontaneously after menopause.

There are different types of fibroid. The common ones that are found in the outer wall of the uterus called subserosal fibroids, the ones found in the muscle layers of the wall of the uterus called Intramural fibroids and the fibroids that protrude from the uterine cavity referred to as Submucosal fibroids. Some fibroids can also be pedunculated by being attached to a stalk. There are also fibroids that attach to organs in the body like the bowels, bladder or even a ligament making some women to experience pressure symptoms like frequent urination and constipation.

How does it affect the chances of fertility?

The size and location of the fibroid in your womb will determine if your fertility will be affected. Normally, fibroids do not interfere with ovulation, but they interfere with the support of the uterus for conception. For example, a huge fibroid found inside the wall of your uterus or in your uterine cavity will change the size, shape and texture of your uterus. A big fibroid or multiple small fibroids can also interfere with the lining of the uterine cavity and reduce blood flow within the uterine cavity. Reduced blood flow in the uterine cavity makes it difficult for the implantation of the embryo to take place. It impairs the development of the embryo, which can lead to miscarriages. Changes in the shape of your uterus can negatively influence the movement of the sperm or the movement of your embryo. Sometimes it can even extend to the lower part of the uterus known as your cervix, which is at the entrance of your womb. If it changes the shape of your cervix, it can reduce the number of sperms that will enter the uterus through the vagina. Fibroids can also block the fallopian tube, which is the site where fertilization of the sperm and the ovum occur so that it will decrease the chances of a successful pregnancy.

How can I get pregnant?

Pregnancy can occur naturally without any intervention in most women who have fibroids because most fibroids are asymptomatic and are usually an incidental finding. Women who have fibroids and intend to get pregnant need to see a doctor to be adequately examined via a pelvic examination and evaluated early to detect if there are other problems that can affect their chances of getting pregnant. A fertility specialist can assess the fibroids and carry out some investigations that will ascertain if there is any condition that will be detrimental to your health or the health of your baby when conception happens. Some fibroids can comfortably coexist with pregnancy. Not all fibroids cause problems during pregnancy. In some cases, there are pregnant women who have been found with fibroids coincidentally during an ultrasound scan. That means, they were already pregnant before the fibroid was discovered.

What happens during pregnancy with a fibroid?

Most pregnancies that occur with fibroids are uneventful, but generally, it can increase the risk of pregnancy complications. During the first trimester, fibroids tend to grow and expand in size due to the high level of hormones in the body. This development causes severe abdominal pain mainly because fibroids begin to outgrow their blood supply at this point. This condition may require your doctor’s attention because some women may need prescribed medications or hospitalization in severe cases. Fibroids can also affect your baby’s position in the womb. It can lead to complications such as placental abnormalities, fetal malpresentation, fetal growth restriction, miscarriage, preterm delivery or a resultant caesarean section. Some women also find that the tumours have regressed at the post-partum period.

Treatment of fibroids may improve your overall fertility. The most common treatment for asymptomatic fibroids is called “watchful waiting”, which means keeping an eye on it as long as it poses no problem.  There is currently no medical indication to surgically remove asymptomatic fibroids. When it becomes symptomatic, the treatment of choice is surgery. The medical option of treatment is often used to manage the symptoms of acute pain and heavy bleeding or to reduce the tumour size before surgery is carried out.

During pregnancy, the treatment options for fibroid are limited to bed rest, hydration and mild pain relievers. The management of fibroids during pregnancy will depend on your peculiar situation, the severity of the symptoms you experience and your doctor’s recommendation. It is rare to find necessary surgeries done for fibroids during pregnancy. Suppose it is a fibroid that requires surgery, and the woman can carry the pregnancy until the time of delivery, there is an option of surgical removal of the fibroid if the baby is delivered by caesarean section. Ideally, it is best to go with your doctor’s recommendation. The delivery of a baby with a mother who has fibroid must be done in a fully equipped hospital.

The surgical method of removing symptomatic fibroids called myomectomy is usually the best option of treatment in women who desire to retain fertility and have children. Other treatment options that can be used to preserve fertility include hormonal birth control pills or an intrauterine device. With the method of myomectomy, there is a high risk of the fibroid reoccurring, and there may be a need for a repeat surgery in the future. If this happens and you no longer desire to retain your fertility. e, there is an option of the surgical removal of the womb called hysterectomy. Some women who have completed childbearing at this time choose this option and this decision is solely based on your personal preference alongside the guidance of your doctor.

Every treatment option has its own risks and complications, so it cannot be done without seeing your doctor. The amount of time required to heal after a fibroid treatment depends on the method of treatment used and the extent of the fibroid. Following treatment, the amount of time needed to wait before conception can be as short as two weeks to six months before attempting to conceive. Some medications help reduce the severity of the symptoms. Still, it has to be prescribed even though it is limited to short term use. Suppose a woman is found to be pregnant after the removal of a fibroid. Then, she will need to schedule a visit with her obstetrician, who will be involved in the delivery of her baby. If you have fibroids and wish to start a family, seek a professional opinion by booking a consultation with your doctor or you can contact us at ask@wellfert.com