Ovulation: The Best time for Conception to Happen (Part 1) 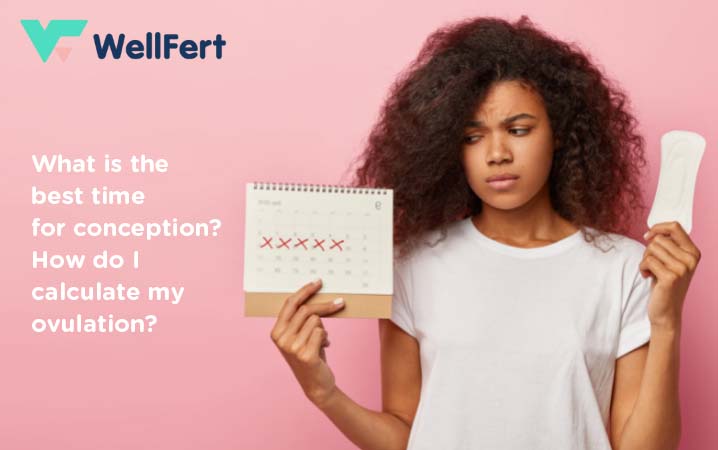 Ovulation: The Best time for Conception to Happen (Part 1)

It’s safe to say that a lot of grown women struggle to track their ovulation. It’s really nothing to be shy about. Ovulation could be quite tricky at times. Those who are pretty good at predicting when they ovulate still experience variations when they go through some life event (like childbirth or an intense health condition) that alters their cycle.

It may feel like a chore, but tracking your ovulation and understanding the way your menstrual cycle works can become a gamechanger in your fertility journey. A lot of women ovulate from the puberty years. However, they mostly begin to understand the specifics of ovulation when they become sexually active or when start trying to conceive. Subsequently, it could become confusing and challenging to know precisely when it happens because ovulation period is estimated to be the best time to achieve conception during your cycle.

The fabulous female body goes through various phases in the uterus, commonly referred to as the womb and in the ovaries, each month. The phases of the menstrual cycle include the menstrual phase, which is the first phase of the cycle when a woman starts bleeding. This is followed by the follicular phase, when the brain sends signals for the body to release the hormones needed to produce eggs and makes them mature so that fertilization can occur if the lady has unprotected sex during this period. The ovulation phase occurs after this, when there is a surge in the hormone levels causing the mature egg to be released from follicles and into the fallopian tube for about 24 hours, where it can be fertilized by sperm. After ovulation, the mature follicles that produced the eggs are transformed into corpus luteum and that is called the luteal phase.  Got the four phases? Good!

Now, let’s focus a little bit on the ovulation phase. The brain and the pituitary gland majorly regulate the hormonal levels which cause ovulation to occur. Once the egg is released, it remains available in the fallopian tubes for fertilization for up to 24hours. If pregnancy occurs during this period, a baby starts to form by the sperm fertilizing the egg. If there is no resultant pregnancy, the egg breaks down, the entire cycle resets itself, and the process of menstruation begins again. So, ideally, the best time to get pregnant is having unprotected sex on the day of your ovulation or five days before your ovulation.

Fun fact: It has been proven that sperm can live in a woman’s body for as long as five days!

Once the egg is released from the follicles into the fallopian tube during this period, it can get fertilized, and conception may take place. The days of the cycle around the ovulation period are called the fertile window. It is known as the time with the highest chance of attaining pregnancy. Having unprotected sex every other day or every 1 -2 days during this fertility window and ensuring that the sperm gets into the vagina increases your chances of getting pregnant. This is called timed intercourse. With proper timing of sexual encounters during ovulation, the chances of success at achieving a pregnancy are high. The stakes are lowest during menstruation and the days that are either before or immediately after menstruation.

Pregnancy can, however, occur if a lady ovulates either early or late during her cycle and the sperm survives in the body for several days, but the probability of this occurring is very slim.

One of the ways to know you are ovulating is by counting the days of your monthly cycle. For most women who have regular menstrual cycles, it occurs around the middle of your cycle. For example, in a 28-day cycle, it happens around the 14th day. The duration of the monthly menstrual cycle is counted from the first day of menstruation during your period in one month and ends on the day before your menstruation in the next month. Keeping a record of these dates for several months can help you estimate the average duration of your monthly menstrual cycle. Sometimes, it can be strenuous and confusing to record and take notes of the dates manually. Some people even forget to keep written records and do the calculation manually. However, the rise in the use of technology has made available some digital apps and period calendars that make it easier to keep track of these dates. Generally, the duration of a woman’s cycle ranges between 28 – 32 days at the least and 21 – 35 days at the max. Some people have shorter cycles, while others have longer cycles. For some women, ovulation can also happen earlier or later than the midpoint of their menstrual cycles.